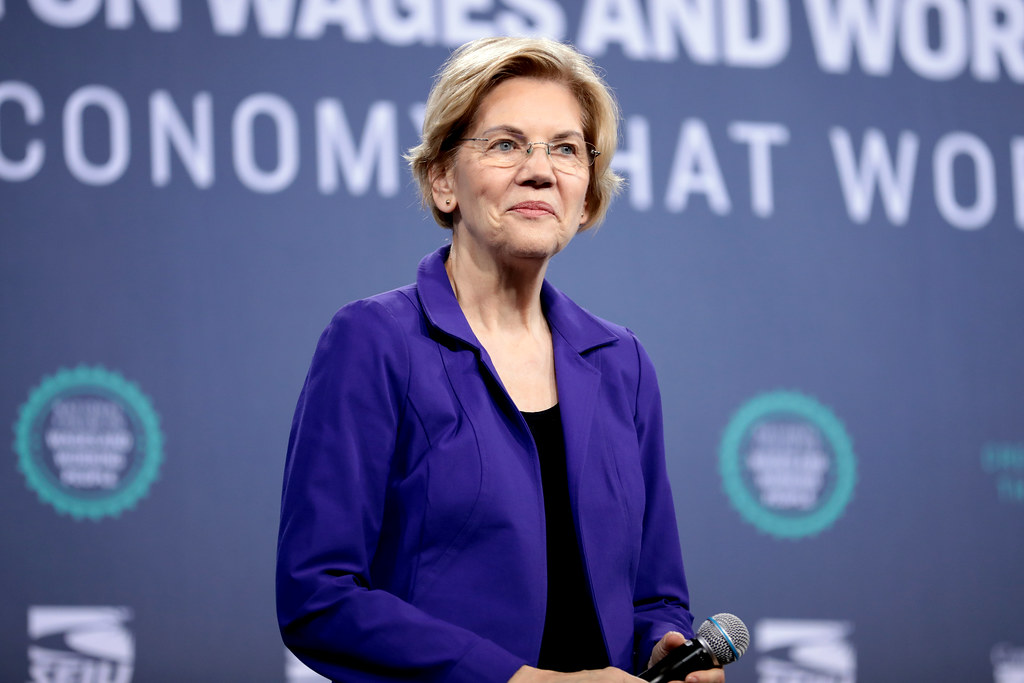 A new, controversial advertisement by Elizabeth Warren’s presidential campaign was released today and people are shocked. The ad, which focuses on the Senator admitting to a sexual affair with a 24-year old Marine, combines a patriotic tone with a confusing message.

In total, the 30-second spot includes a brief admission of the affair while God Bless America plays in the background. As the song reaches crescendo, a lit-up Warren proclaims “I’m Elizabeth Warren and I let a United States Marine go down on me… for America!”

Vocal critics of Warren who demanded that the Senator end her campaign over the affair were silenced by being reminded of Stormy Daniels.

Mon Oct 7 , 2019
With the announcement of the 26th Annual Darwin Awards, Donald Trump has found himself on the winner’s list. The leader of the free world tweeted about his accomplishment. Notably, Darwin Award winners are required to be sterile, display an astounding misapplication of judgement, and be the cause of their own demise. Advertisements