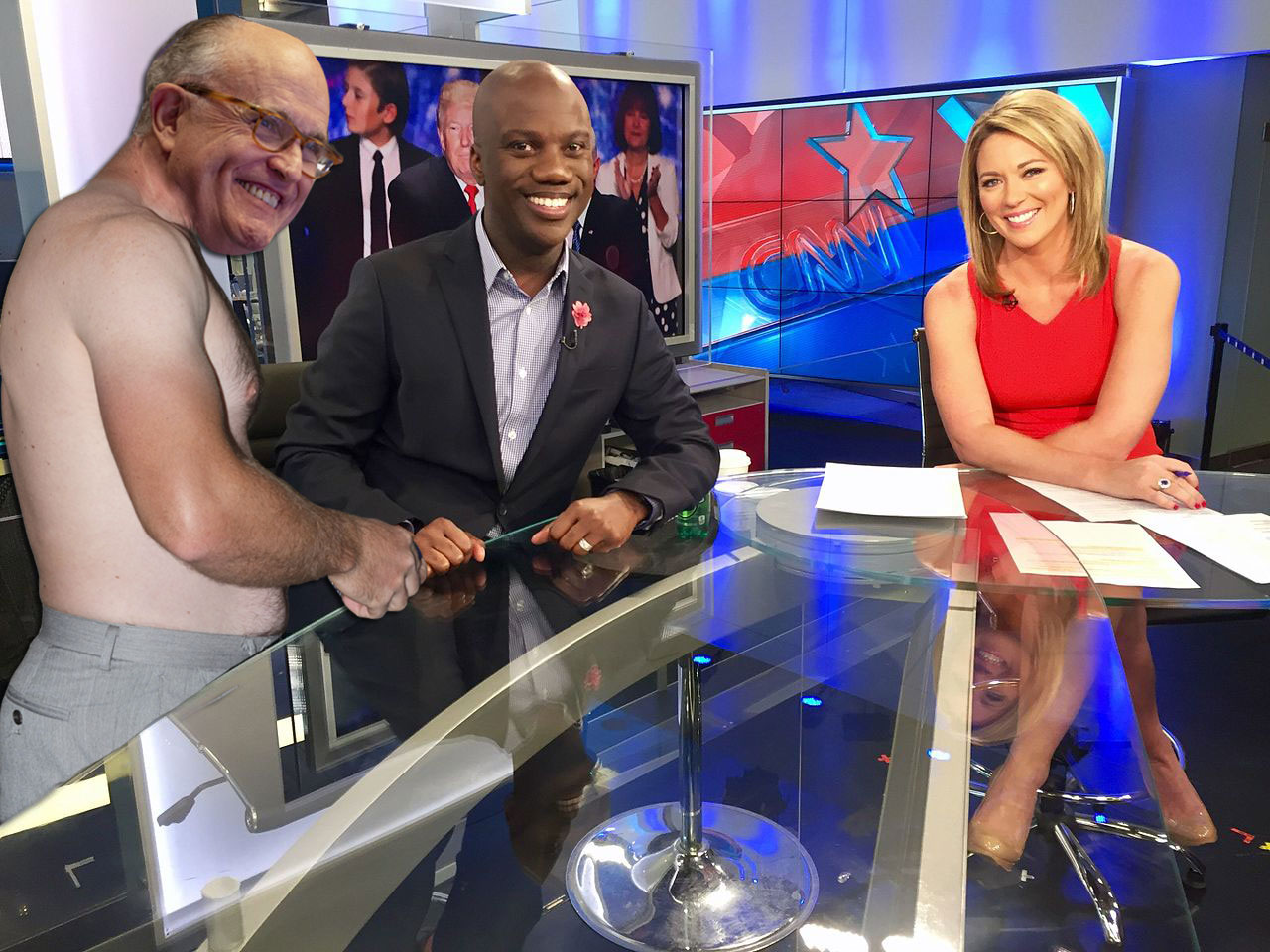 Hours after an incriminating interview with CNN’s Chris Cuomo, Trump lawyer Rudy Giuliani came sprinting back on set shouting something about Ukraine; interrupting a live broadcast by anchor Brooke Baldwin. Fuming mad, Giuliani began flailing around and screeching before tearing off his clothes and chasing guest Shaun Harper with his asscheeks.

Fri Sep 20 , 2019
The 3,500 people who showed up to Storm Area 51 today were sorely disappointed when they found out the aliens had been relocated to Area 52. Refusing to leave empty-handed, the sizable crowd raided a military truck as it drove by, pulling out crates of what turned out to be hand sanitizer. Initial reports state that the sanitation product was created at Area 51 with alien saliva. The futuristic sanitizer’s label says it’s guaranteed to kill 100% of germs – along with anything else that comes in contact with it. Advertisements