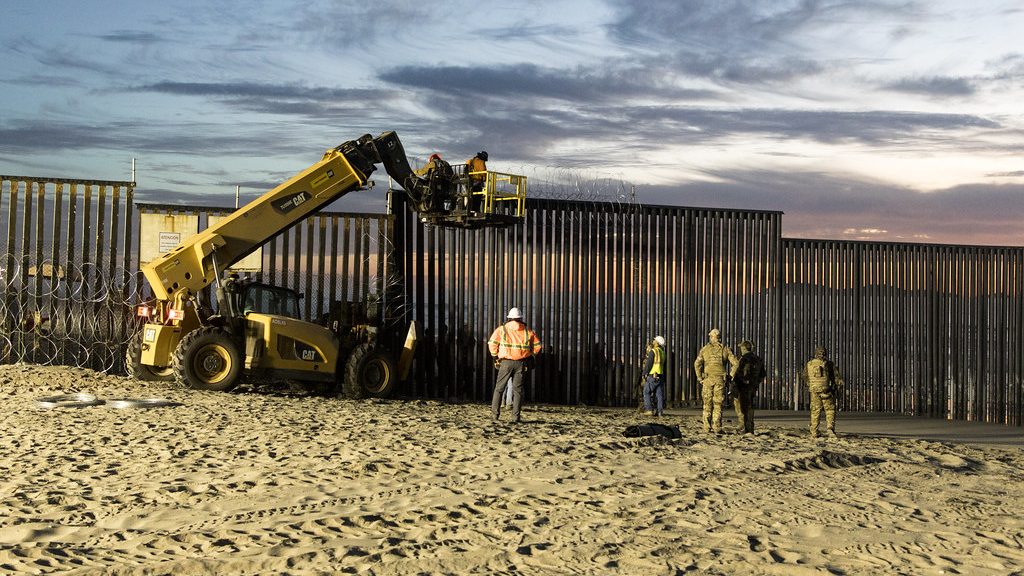 In a gross oversight, the Trump White House has built a border wall completely encompassing the state of New Mexico. State Governor Michelle Grisham spoke out about the new enclosure.

“The border wall progress that president Trump kept touting was referring to this gigantic structure,” Governor Michelle Grisham stated. “Only an eighth of the wall actually butts up against Mexico, the rest goes all the way around the state of New Mexico.”

Grisham says the wall doesn’t pose a problem as it won’t prevent people from crossing; however, she would like all of her Hispanic residents to be released from the accompanying, newly-constructed prisons.

Wed Sep 18 , 2019
Major League Baseball Commissioner Rob Manfred announced today that the league may begin burying explosive devices around the field to increase viewership next year. “Baseball is a relatively sedentary sport comprised of hours of groin itching, spitting and – on average – 2.75 exciting plays per game,” Manfred stated. “By burying 10 or so active landmines throughout the field we should certainly pique the fans’ interest.” Advertisements