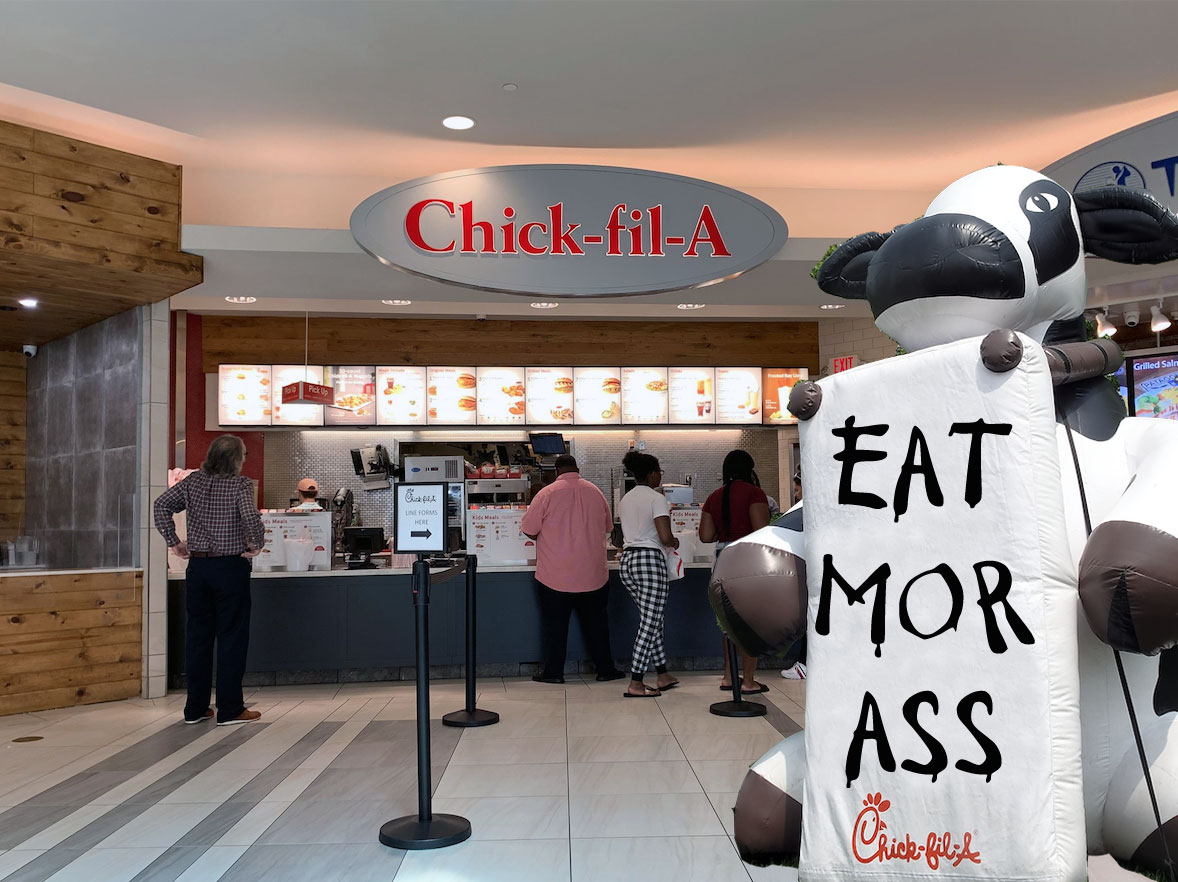 Fast food chains have lost their minds and Chick-fil-A is no exception.

Just yesterday Kentucky Fried Chicken revealed a hot, young and sexy Colonel Sanders and now Chick-fil-A is putting it all on the table with its new “Eat Mor Ass.” campaign.

“It’s pretty simple,” CEO Dan Cathy stated. “We tell people to lick each other’s buttholes and then those same people come and pay to eat our chicken. It doesn’t matter if it makes sense or not, sex sells!”

Wed Sep 11 , 2019
President Trump has raised security concerns after Sarah Palin was divorced by longtime husband Todd yesterday. “Todd took the house with the prefect view of Russia, and I’m assuming Moscow, ” Trump stated. “Sarah was our first line of defense for our small island neighbor of Alaska. Now the native tribes are unprotected.” Republicans in the House and Senate have already drafted bills that would secure funding to construct a new home for Sarah Palin so she can continue to protect Alaskan soil. Photo by Therealbs2002 Advertisements