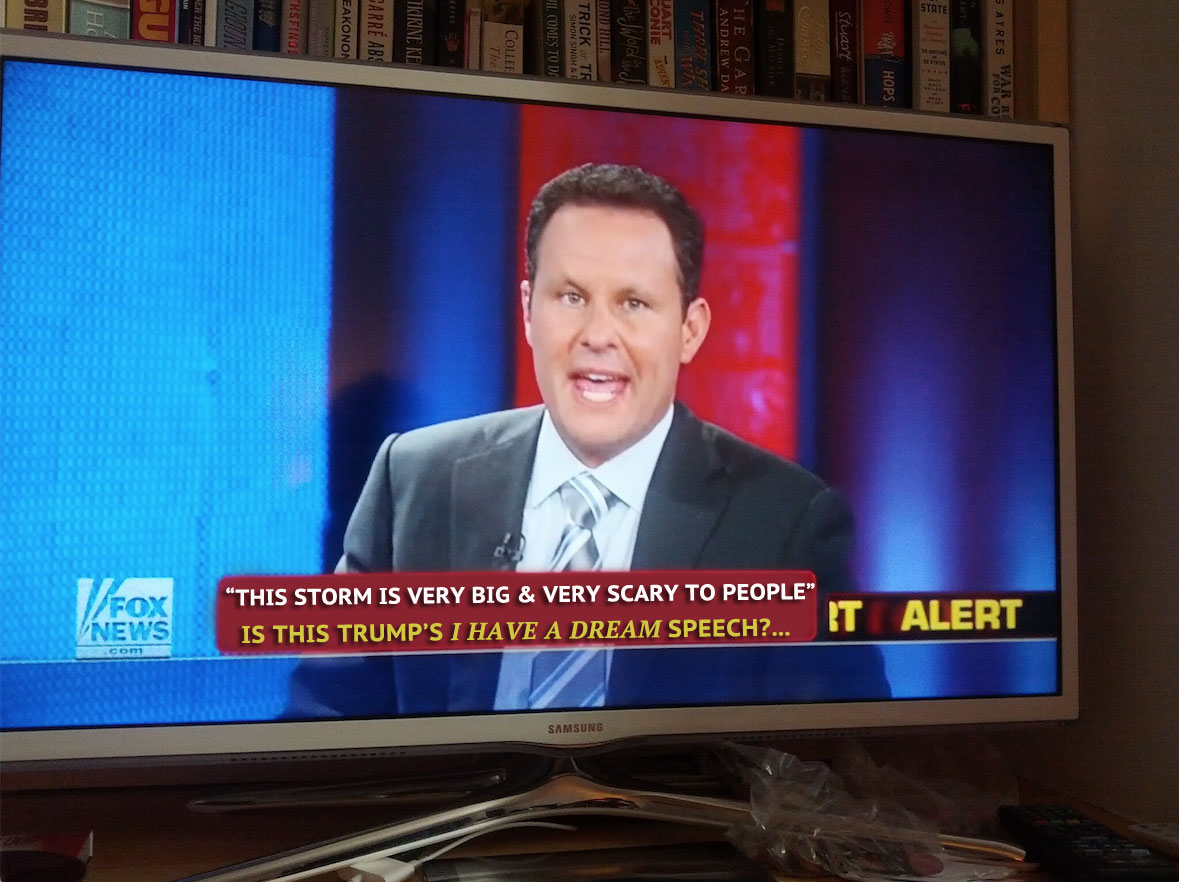 At a morning press conference at Camp David, President Trump managed to stun reporters when he said 10 words in a row that all worked to form both a complete thought and a grammatically correct sentence. The rare moment of clarity came while the president spoke about Hurricane Dorian.

“It’s bad. The storm. It’s a bad place and you don’t wanna be stuck in there,” Trump stumbled before nailing his big line. “This storm is very big and very scary to people,” a satisfied Trump beamed.

Within seconds FOX News was broadcasting the president’s eloquent sentence.

‘This storm is very big and very scary to people’ began continuously scrolling across the bottom news ticker as TV personalities dissected the sentence; savoring every syllable of genius for the better part of a half an hour. The story was then looped back into the news cycle every 30 minutes with a breaking news alert whose subtitle read “Is this President Trump’s I Have a Dream Speech?”

Sat Aug 31 , 2019
"They don't even make laws for us! The gays can be fired in 26 states for being homosexual and we get nothing. It's disgraceful!"