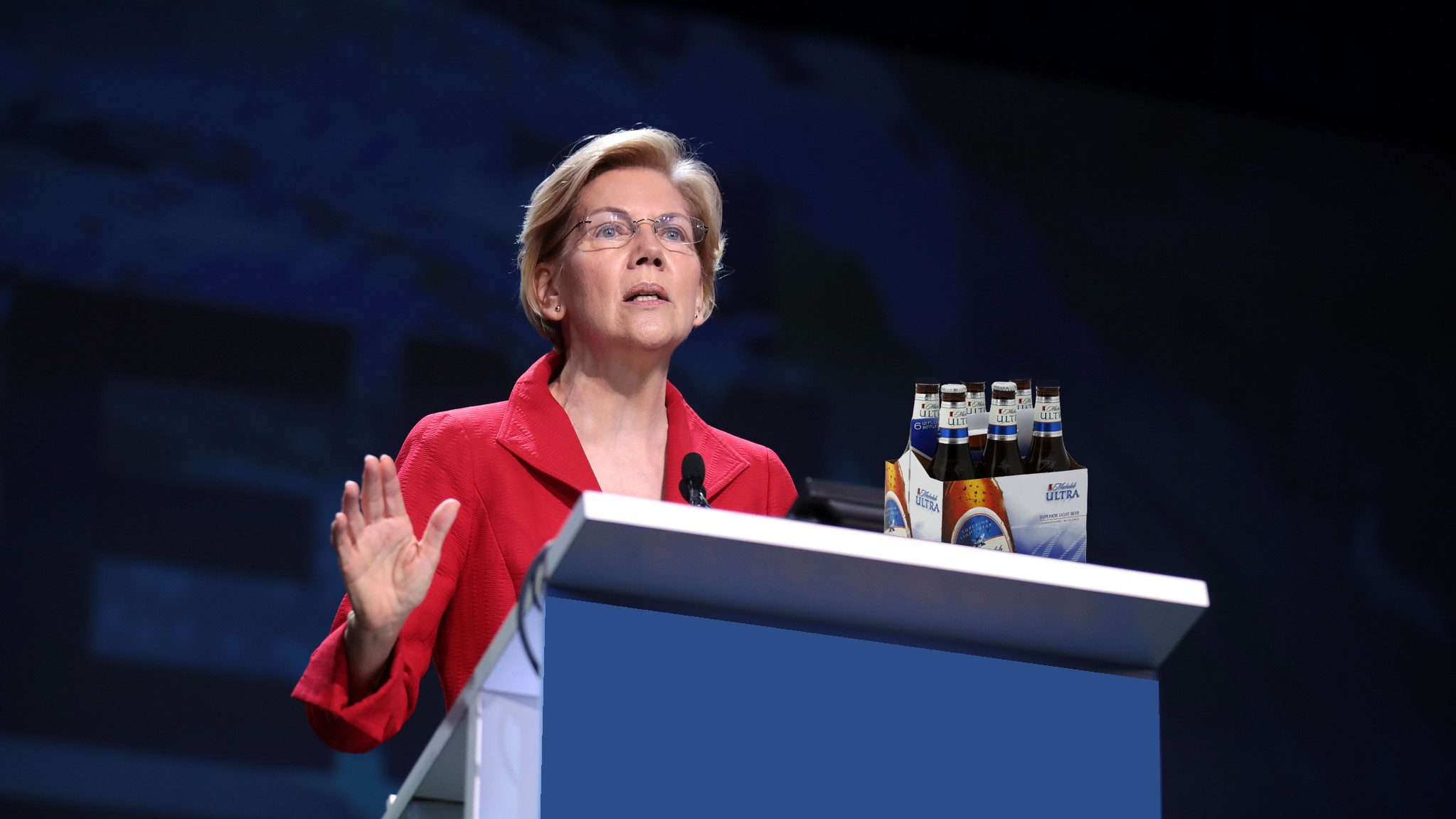 Fighting alcohol withdrawals, a visibly shaking Elizabeth Warren was seen ducking behind her podium to chug bottle after bottle of Michelob Ultra during the Democratic Presidential Debate on CNN.

Senator Bernie Sanders, who was positioned right next to Warren, described what happened.

“I saw the whole thing. Very odd, very sad,” Sanders stated. “By the time she got to her fourth beer she didn’t even try to hide it anymore.”

Indeed, upon reaching to grab a fourth beer, Warren slipped up when she picked up the entire six pack of Michelob Ultra and slammed it on her podium with a clanking thump.

A drunk Warren then directed a question to the audience.

“Hey everyone out there!” a swaying Warren shouted while pointing at the crowd. “If Bernie. Hey! Everyone! If Bernie and I run together can we just end the debating now? Asking for a friend.”

Warren then handed Sanders one of the remaining beers and attempted to make the Vermont Senator toast to the new ticket.
More News
Support the Author
Take me to the MEMES!

Wed Jul 31 , 2019
Notably, avocado pits are the perfect choking hazard for anyone that’s tired of living with their parents.