“There’s no room for every musky man to lie down on the concrete, so they have to get creative with the cuddling. It just looks like a great experience.” – Mike Pence 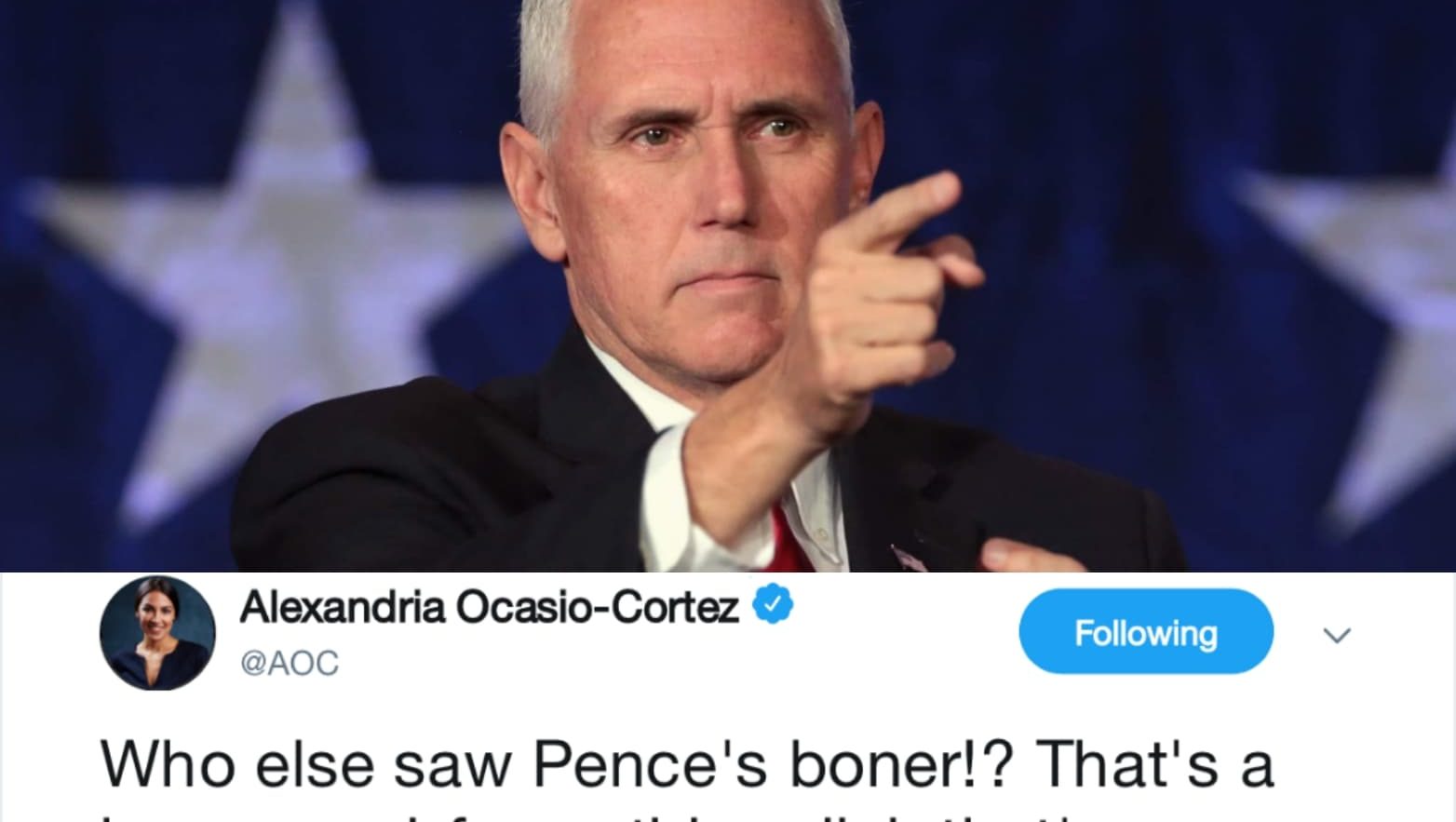 Vice President Mike Pence visited an all-male concentration camp in Texas yesterday where humans are being kept in cages on U.S. soil. For much of the visit, his wiener was at full salute.

The Vice President described the experience as being “moist, yet invigorating.”

“It was hot, sweaty, stinky, and crowded – just like the clubs Mother won’t let me go to,” Pence grinned. “There’s no room for every musky man to lie down and sleep on the concrete, so they have to get creative with the cuddling. It just looks like a great experience.”

Those who were with Pence say the Vice President referred to the center as a “caged candy shop.” Meanwhile, photos, camera footage and people in attendance all confirm that Pence had a sizable erection while in the camp.

Known for being brash, freshman representative Alexandria Ocasio-Cortez tweeted and then deleted the following about Vice President Mike Pence:

Sat Jul 13 , 2019
"The swirling rumors say that Melania refused to return to the White House for two weeks."