“None of them seemed phased by Carlson. It was like the [expletive] Twilight Zone.” 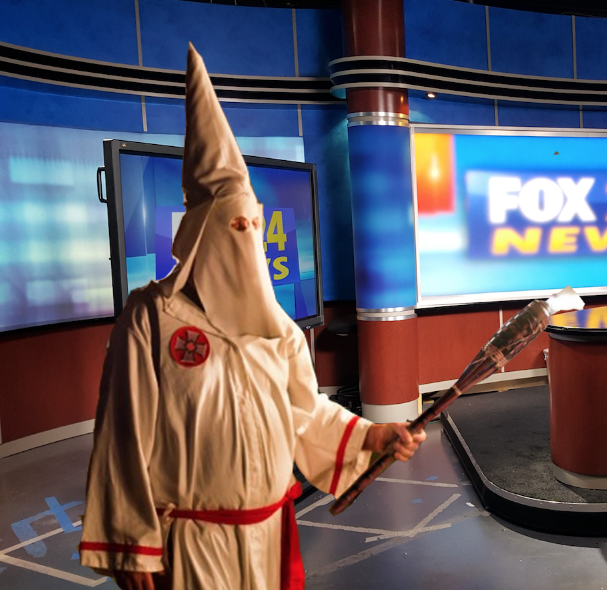 “When Steve Doocy welcomed Carlson on set he walked out wearing a Klan outfit.” O’Dell stated. “None of them seemed phased by Carlson. It was like the fucking Twilight Zone.”

After two painful minutes of casual conversation between Carlson, Doocy, Ainsley Earhardt and Brian Kilmeade a producer saw the problem.

“A woman ran out on set and yanked the hood off of Carlson,” O’Dell confirmed. “But, when they knocked it off his head, the hood ignited on a tiki torch Carlson was carrying.”

“Apparently all of this was enough to scare some underage girls out from under Carlson’s robes,” O’Dell stated. “FOX cut to commercial and when they came back they were playing footage from 9/11.”

The video played for the show’s remaining two hours and was only interrupted by breaking news alerts reassuring terrified viewers that they weren’t watching live TV.

Return Home
Tip the Author $1
Publish an Article
Send News Tips
Take me to the MEMES!

Fri Apr 26 , 2019
"The Washington Redskins select any Native American. That's right. Any. Just send anyone, but preferably someone athletic or okay with doing commercials."