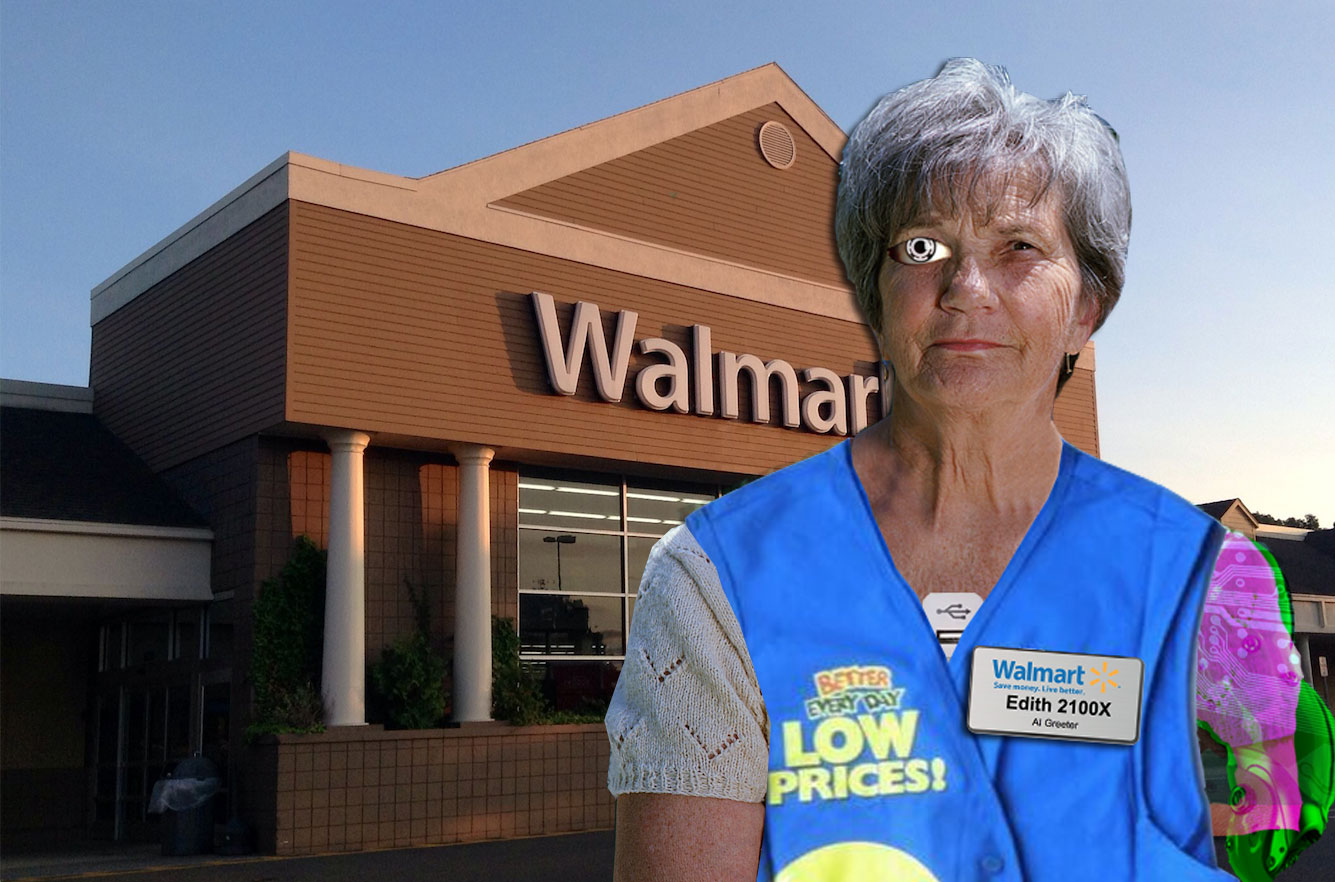 Walmart announced today that the company has outfit the bodies of hundreds of elderly store greeters with robotic parts. The attached technology will be used to pull data which will help to develop the artificial intelligence for android greeters.

Fully-automated androids are expected to replace the greeters in just a few months.

“Since the androids’ programming would have them moving as slowly as the human greeters, we’ll crank them up 15 times faster to increase work efficiency,” McMillon stated. “Picture an 87-year-old grandmother who is sharp as a tack, but moves like she’s on crack. That’s what the new greeters be like.”

Take me to the MEMES!

Thu Apr 4 , 2019
"It's not uncommon for the President to fart himself awake. Then, when he can't fall back asleep, Mr. Trump passes the time on Twitter."